The Campaign for Real Ale (CAMRA) has awarded Timothy Taylor’s brewery with a Golden Award, marking 50 years of the organisation’s campaigns.

As part of its anniversary celebrations throughout 2021, CAMRA is recognising people, groups of people or businesses that have made a significant contribution to CAMRA’s aims, helping them get to where they are today.

Timothy Taylor’s has been selected due to it being a long-standing and prolific CAMRA national award winning brewer, with Landlord winning CAMRA Champion Beer of Britain a record four times. We were also selected for going above and beyond in delivering excellence over the years.

Tim Dewey, our Chief Executive, said: "We congratulate CAMRA on reaching the significant milestone of 50 years and are honoured to be recipients of a Golden Award, particularly as it has been nominated by the CAMRA membership. As a brewery dedicated to cask ale, we share CAMRA’s vision to have quality real ale and thriving pubs in every community." 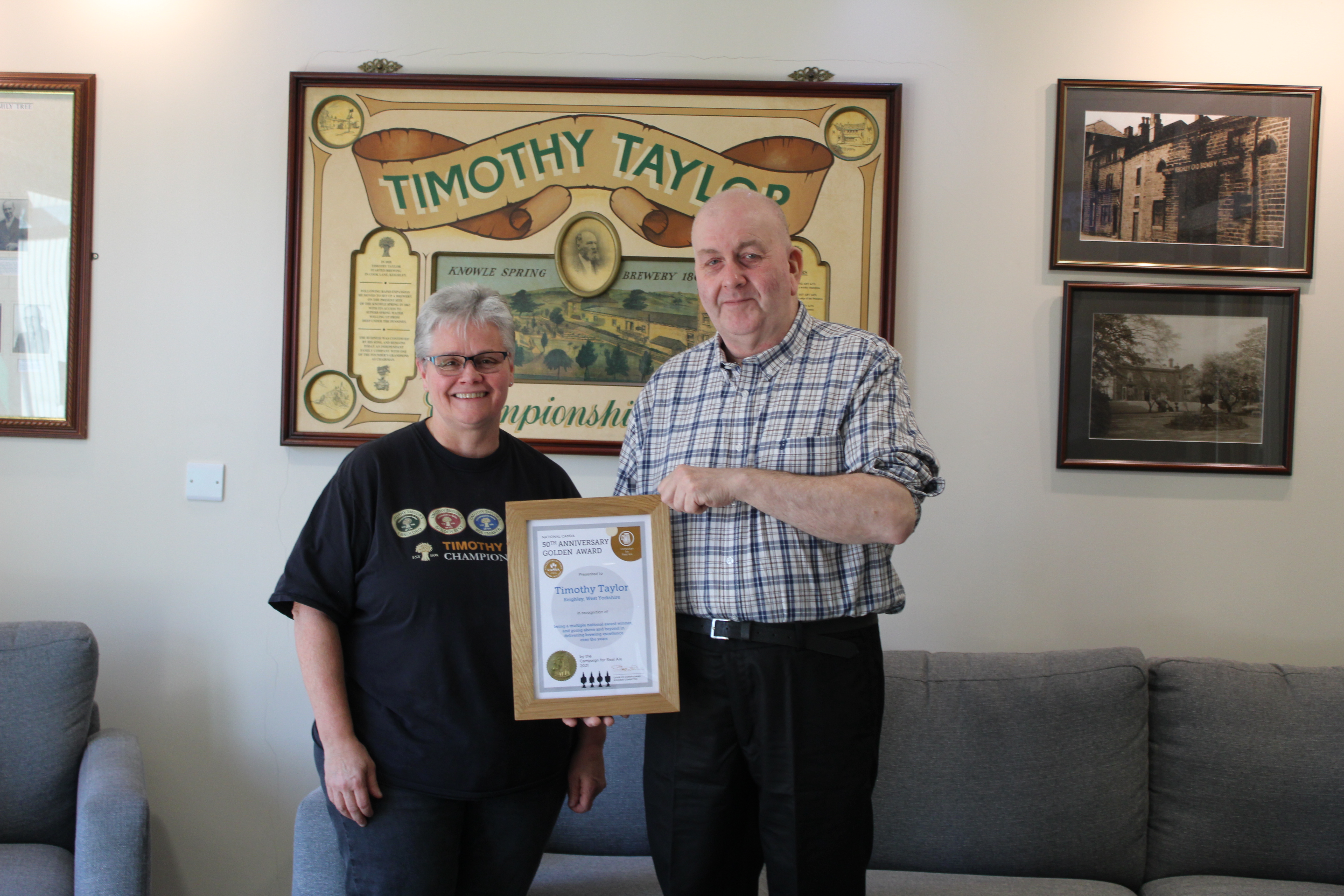 CAMRA’s Awards Director Gary Timmins said: "I am delighted to be honouring these businesses today with a CAMRA Golden Award. 2021 is our anniversary year, and we want to take this opportunity to celebrate the successes and long history of British brewing and cider production – we wouldn’t have got far without their support, or their pints!

"This anniversary comes on the heels of an incredibly difficult time for the industry after a year of lockdowns and restrictions. I hope the teams behind the winning breweries and cider makers will take this award as appreciation for all the hard work involved in producing great drinks over the decades. Nominations were submitted by our members and consumers, which says a lot about the support and impact they have had over the last 50 years.

"Winners have been chosen for their successes in standing the test of time; they are breweries or cider and perry producers that have gone above and beyond in delivering excellence or innovation over the years. I applaud them for their dedication and for being industry stalwarts."

The full successful cohort contains 18 breweries and cider makers. Nominations for the Golden Awards were made by CAMRA members and locals. Over 80 nominations submitted were whittled down to the list of 18 awardees.

The Golden Awards will be celebrating recipients in three different categories: 'Pubs', 'Pints', and 'People'. The 'Pub' winners were announced in July, and those in the 'People' categories will be announced later in the year.

CAMRA will be celebrating their 50th anniversary throughout 2021, with a host of activity including a new biography 50 Years of CAMRA, awards for campaigners, pubs and breweries, virtual festivals, and commemorative merchandise.