The drinkers’ favourite, a classic pale ale with a complex citrus and hoppy aroma.

It has won more awards than any other beer, winning both CAMRA Champion Beer of Britain and the Brewing Industry Awards Gold Medal four times.

The drinkers’ favourite, a classic pale ale with a complex citrus and hoppy aroma.

It has won more awards than any other beer, winning both CAMRA Champion Beer of Britain and the Brewing Industry Awards Gold Medal four times. 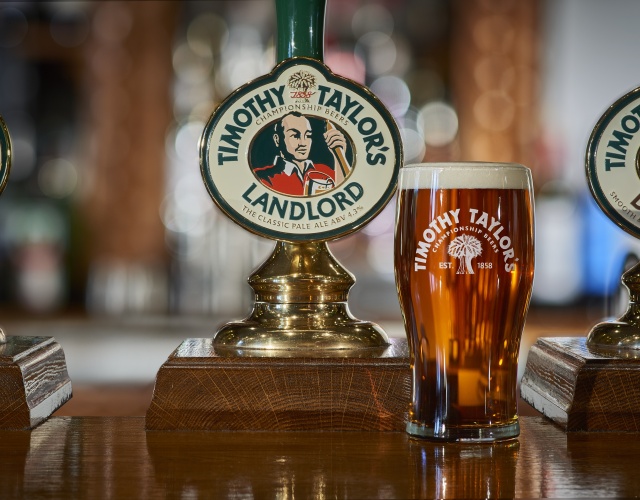 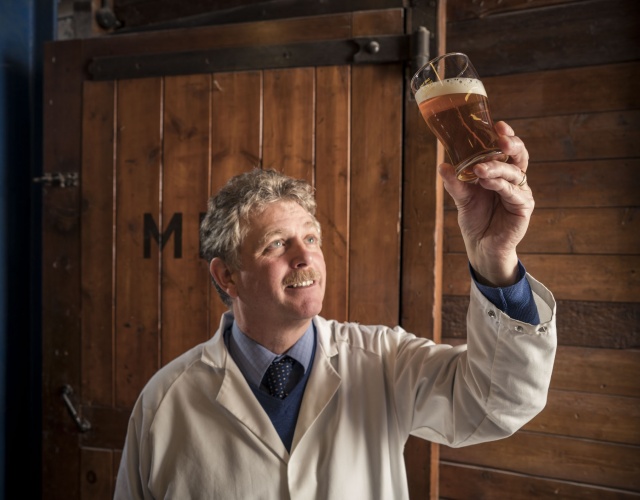 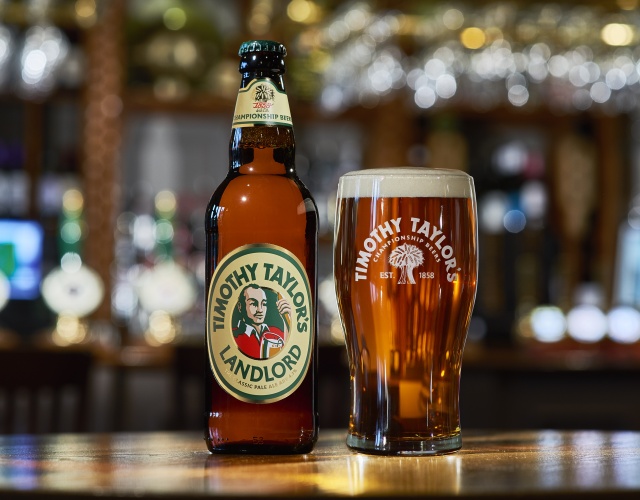 Landlord has won more awards than any other beer. It has the unique distinction of winning both the CAMRA Champion Beer of Britain and the Brewing Industry Awards Gold Medal four times.

Below are a sample of recent wins.

3 Time Silver Medal Runner up to Champion Beer of Britain

In 1952 Chairman Philip Taylor and senior brew-house staff endeavoured to create a new premium beer. The strong pale ale which emerged from the drawing board was designed to be a bottled brand to meet a market which was growing in popularity. In those days bottled ale was sold in substantial volumes in pubs and Timothy Taylor’s were no exception. The brewery also enjoyed a flourishing off-sale. There were no supermarkets, canned beer was only beginning to be developed, and so bottles were the only off-sale or take-away commodity of the time.

The ale was based on Taylor’s BB – a beer occasionally brewed in the 1930s to a Superior Bitter recipe and launched onto the market in 1953 as Competition Ale. The competition was for local drinkers to come up with a suitable name for the new beer. It was eventually won by a local steward from the Keighley Drill Hall Club who won a £500 prize for naming it Landlord. Little did anybody realise at the time that Taylor’s had given birth to a beer that was in later years to achieve virtual cult status. 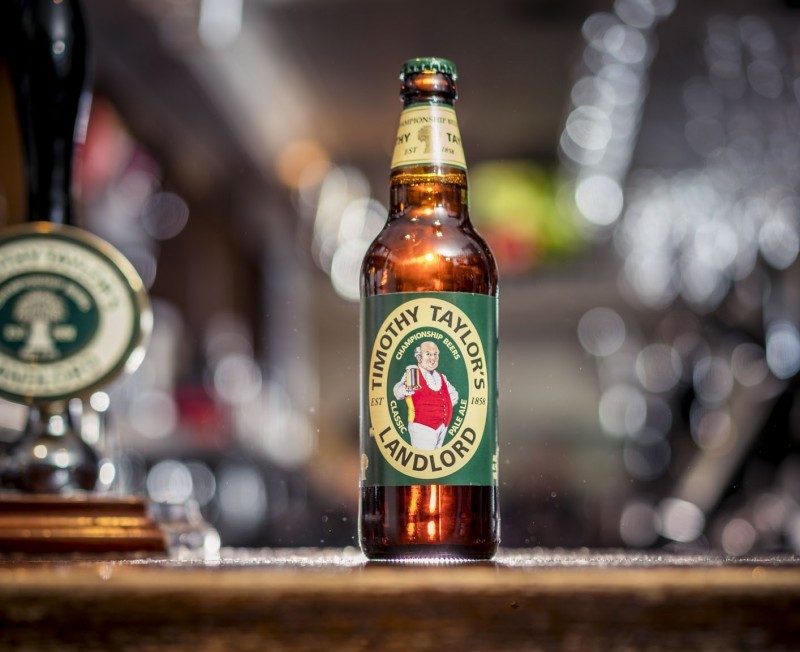 The label for Landlord was another in-house initiative, thanks to Philip Taylor’s daughter Roberta, an art student who devised an eye-catching “jovial landlord” image to attract the attention of customers.

Landlord was at once a highly successful beer, but like other bottled products began to suffer when a new breed of “keg” beer emerged from the larger brewers in the mid-1960s. This new style of delivering beer to the customer, driven via carbon dioxide pressure, was believed to be a godsend to many pub landlords. They saw keg as a wonderful opportunity to relieve themselves of the work involved in storing and maintaining cask-conditioned ale.

Taylor’s has always believed that the best way to meet such new competition is to work ever harder on the quality of its beer. Head brewer Sidney Fairclough, who presided over the Knowle Spring brewhouse from 1954 to 1966, orchestrated the launch of a draught version of Landlord and the work to refine the beer as a brand of true quality was continued by his successor Allan Hey. It was draught Landlord which blazed a trail across the British brewing industry from the 1970s onwards by winning medals, prizes and awards which proved the envy of many a rival brewer across the land. 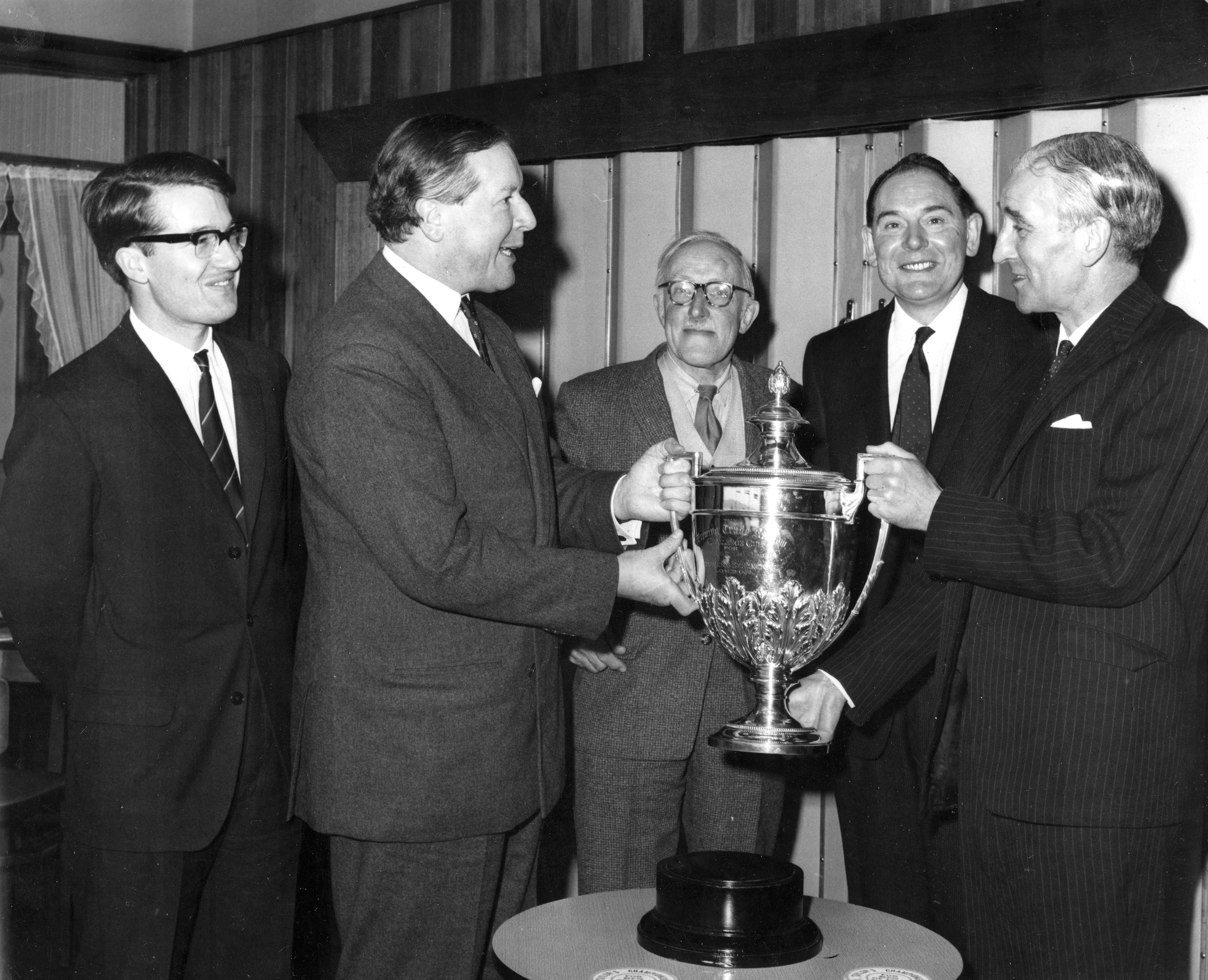 Today Landlord remains the biggest single brewing industry award winner and holds the unique distinction of being the first beer in Britain ever to hold the CAMRA Champion Beer of Britain and the Brewing Industry International Awards Supreme Champion simultaneously (1999-2000).

The company’s flagship brew was brought firmly to the attention of drinkers and the trade nationwide when the beer scooped Beer of the Year awards at the CAMRA Great British Beer Festivals in 1982 and 1983; both events were held in Leeds. Sir John Taylor was surprised and gratified for the award that joined countless other diplomas and trophies of various sort which the company’s brewers had won since 1928.

Turns out getting pulled over by the police isn’t always bad news.

It started as a day much like any other for our delivery driver. But later that morning, as he was carefully navigating the A64 with a precious cargo of Landlord casks, the flashing blue lights of the North Yorkshire constabulary appeared in his mirror. He pulled over, fretting about why the police were stopping him. But rather than issue a ticket, the officer wanted to order a delivery of Landlord to the police social club. Is it the combination of the finest ingredients and our traditional brewing methods that means some drinkers go that little bit further for that arresting taste of Taylor’s?