The last of the true Pennine light milds. A crisp, amber coloured beer that makes a refreshing session ale.

The smooth and creamy flavour makes it a popular choice close to the brewery, and increasingly in destination pubs across the country. 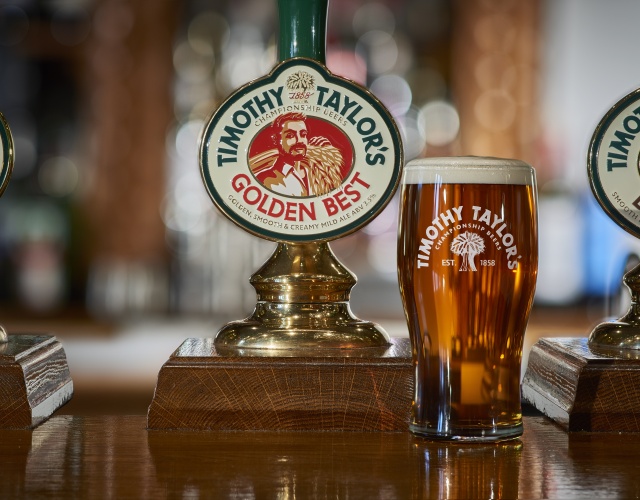 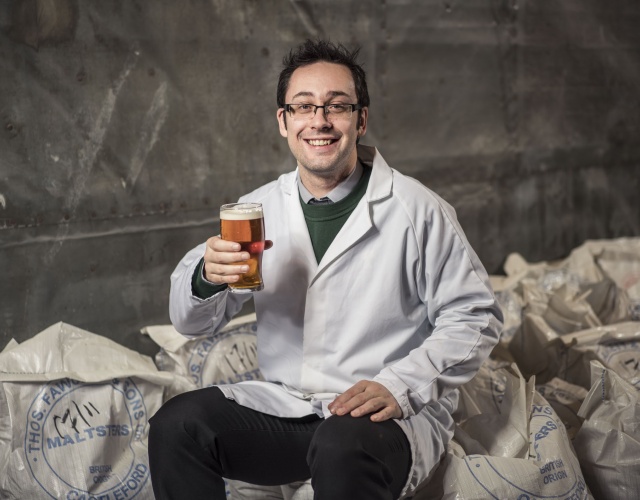 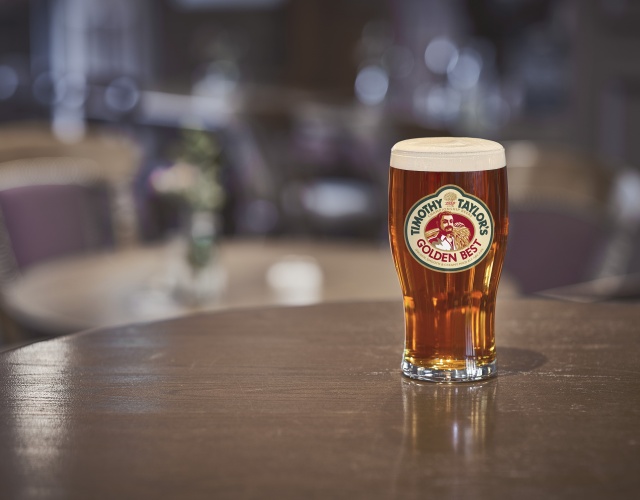 Until the Second World War, Taylor’s main products, like the rest of the breweries in the country, were dark beers of various strengths generally called mild ales. A pale coloured mild which later became Golden Best began to gain popularity during the 1930s. It was also during this decade that a bitter and a premium pale ale (BB) were introduced.

After 1950, the company’s best-selling draught beer was Golden Best until the late 1980s. In the early days, it was sold, confusingly, under the names Golden Mild, Light Mild and Bitter Ale. However, it is not difficult to appreciate why mild beers were so favoured in Keighley and the nearby towns that comprised Taylor’s delivery area. Heavy work in the foundry, mill or tool works would lead to loss of bodily salts and fluids which could be easily replenished by low strength beer.

So for the first 130 years of its history, mild ales of one kind or other were the mainstay of Taylor’s brewery. Percy Taylor in the probate papers was described as “Common Ale brewer of Keighley” in 1954. After 1987, Landlord, a strong pale ale, became Taylor’s best selling beer and has remained so ever since.

Is this the most cultured yeast in Yorkshire?

Taylor’s yeast is a unique strain that we began using over 40 years ago and has regenerated over 2,000 times. It has adapted to the specific conditions of our brewery and we look after it carefully to maintain its consistency. When we fill our casks we don’t extract the yeast, which allows it to undergo a secondary fermentation in the cask. This gives Taylor’s beer extra conditioning, flavour and life. So when you sup a pint of Landlord you can thank our cultured yeast for that clean, crisp flavour and attractive, moreish taste.