The Glories of Fountains Abbey and Studley Royal

A bike ride from The Royal Oak, Ripon | 9½ miles

This is a short route but well worth doing since it's largely off-road and a superb way to visit and explore Studley Park and Fountains Abbey. It includes two lesser-visited corners of the estate: a little hill topped by a folly tower and a picturesque corner beside a bridge next to Fountains Hall.

Alternatively suited to a long walk, the route is flat, very family-friendly and easy to follow. The off-road sections are easy to negotiate on all types of bike.

Turn left out of The Royal Oak and right at the T-junction with the B6265. Fork left at the traffic lights, again signposted to Fountains Abbey and go over river bridge. Take the fourth left turn down Whitecliffe Lane.

At the end as the road bears right, continue ahead down the bridleway at 'Unsuitable for motors' sign. Beside the two picnic tables turn right down stony track, which soon becomes a Tarmac road.

Turn right at the T-junction (then left to visit How Hill). Follow the signs to Fountains Abbey, passing the western entrance to the estate and going over a bridge.

At the top of an incline fork right again towards the abbey and go straight over the mini-roundabout beside the main entrance.

Beside obelisk and church turn right into Studley Park via a sidegate. Follow estate road (also route 688 of the National Cycle Network) past the church.

Descend to the right to visit the lake and café then return to road. Pass under east gate arch, which frames Ripon minster ahead and the obelisk behind.

In front of yellow Studley Lodge, turn left through Studley Roger. At the B6265 turn right.

At left turn to Galphay, turn right down slightly concealed bridleway, which is a broad track that crosses two bridges before becoming a road.

At the rugby pitch, bear left down Whitecliffe Lane to retrace your route back to the start.

The Royal Oak, Ripon. Homely, stylish 18th century coaching inn with eight bedrooms. Visit on a Sunday to enjoy one of the family roast boards which you carve yourself at the table. Advance booking necessary. 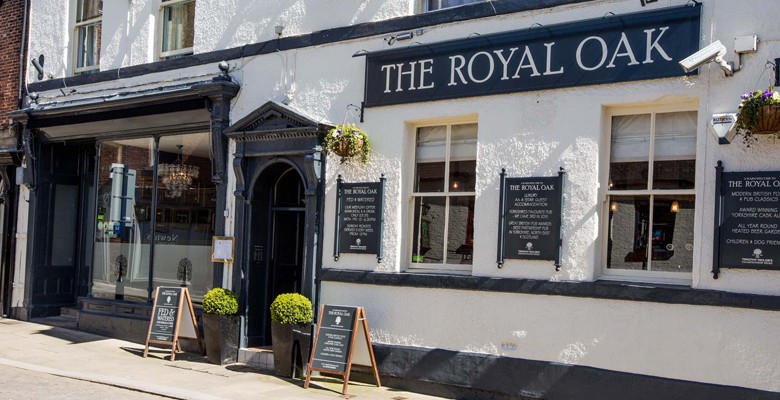 How Hill Tower: Built in 1719 by John Aislabie on the site of a ruined medieval chapel as an eye-catcher for his Studley Royal water garden. The tower was used for gaming in the 18th century and as a Home Guard lookout point during the Second World War.

Fountains Hall: You get a good view of the 17th century hall, looking almost like a cardboard cut-out, from the road that descends from How Hill Tower.

Fountains Abbey and Studley Royal water garden: UNESCO World Heritage site and one of the top visitor attractions in Yorkshire. The ruins of the Cistercian abbey merge into the 17th century water garden dotted with follies. The route passes the visitor centre and restaurant and includes a minor diversion to a smaller café.

Catholic shrine: A shrine on the Ripon road was erected in 1921 by the Catholic Women's League of the Leeds diocese in memory of British and Canadian servicemen of Ripon Camp who died in the two world wars. 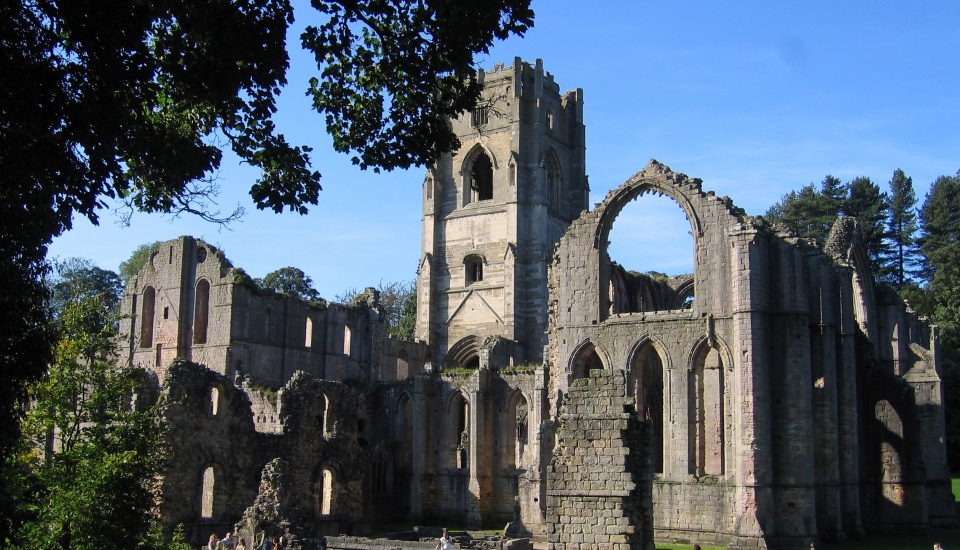 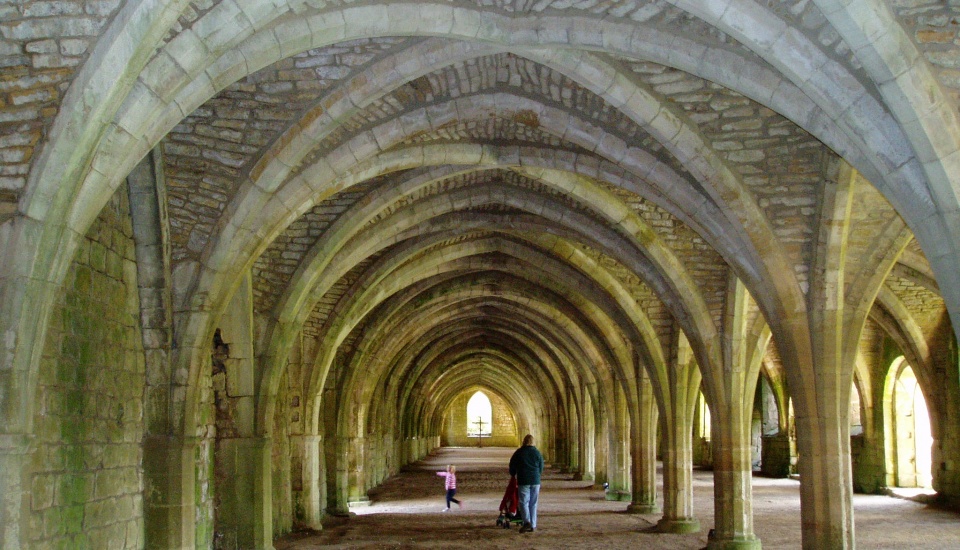 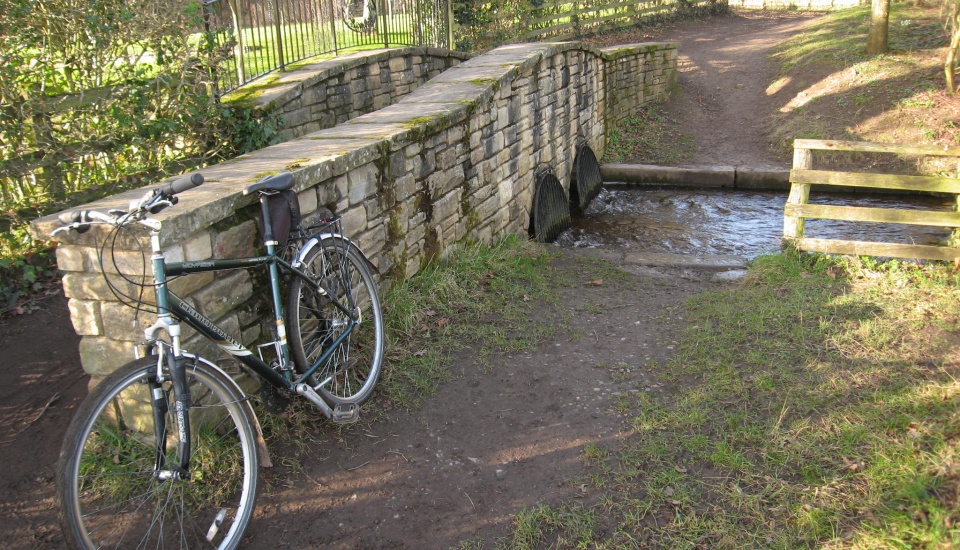