Orbit of Harrogate and Knaresborough

A bike ride from The Inn at Cheltenham Parade, Harrogate | 22 miles

This route stitches together trackbeds of old railways, suburban roads, quiet country lanes, bridleways, and bits of road made redundant after the construction of the Harrogate bypass to form an orbital route around the town and through neighbouring Knaresborough, one of northern England's little-known gems. You slip in and out of the suburbs like a fox in the night.

The villages of Knox and Follifoot are very picturesque. It's hard to believe that both are so close to one of North Yorkshire's principal towns. Perhaps the main highlight, though, is Plumpton Rocks, a jumble of millstone grit rock formations surrounding an ornamental lake.

Off-road stretches are easy to negotiate even with a basic bike with the exception of the bridleway at Plumpton Rocks which can get muddy. Care needed on short stretches of main road and a major roundabout.

Turn right out of The Inn at Cheltenham Parade and push bike down and turn right onto Bower Rd. Pass under the railway bridge and left in front of Asda. Go over mini roundabout in car park, bear left an then immediately right between bollards to follow a zebra crossing and pick up Nidderdale Greenway.

Initially, it runs beside the railway then runs along Grove Park Ave. At the end, fork left onto track and over the rail bridge. Fork right, staying on Greenway signed to Ripley. Turn left at the junction onto Bilton Lane.

At the end, turn left onto A61 (with broad footway). Go straight over at the roundabout with A59 using the island. Opposite the Co-op petrol station turn right onto the cyclepath which leads through the underpass.

Continue uphill on Oakbank. Turn left at the end onto Oakdale Ave then right at A61, pushing bike along footway for 100 yards before turning right up Kent Rd. At the end, after 1 mile, turn left up Cornwall Rd (later Harlow Moor Rd).

At B6162 turn right, then first left up College St (later Harlow Park Rd). At the end turn left onto Harlow Ave and, at end, right onto Pannal Ash Rd.

At the roundabout, take third exit onto Whinney Lane. Turn left after Squinting Cat pub onto Hilltop Lane and right at the mini-roundabout.

Turn left at the former Black Swan pub up Malthouse Lane. At the sign for Westminster Crescent keep ahead down dead end (still Malthouse Lane).

At the end, push bike along fenced footpath. Emerge on Crimple Meadows and keep ahead, then right at the T-junction, up towards and past Pannal station. Turn right at the lights, then immediately left.

After 1¼ miles turn right through sidegate onto a stoned track and through the underpass. Turn immediately left to emerge at the end of Pannal Rd and keep ahead (or turn right to explore Follifoot).

At the end of road turn right onto A661 and then take the first left on lane to Plumpton Rocks. Pass between the lodges, then fork left off the lane and through a bridlegate. Cross field towards another gate and into trees.

At track turn left and immediately right. Follow the blue waymarkers around the edge of the wood on your right. Turn left at a the T-junction with a track, and follow it as it bears right and reaches a wood. Turn left into the wood.

Cross A658 and continue ahead, still following waymarkers. Pass through the wood and then the caravan site.

As the site road bears sharp left, keep ahead and pass through a gate, then immediately left down a bridleway (avoiding roundabout) that turns into a minor road.

At the end, join the B6164 briefly to cross a bridge and then take the first left down Abbey Rd into Knaresborough. Just after the Half Moon pub cross over the B6163 and continue ahead down Waterside.

At the A59 turn left over bridge, and opposite Mother Shipton's Cave, right onto Beryl Burton cycleway which becomes Bilton Lane.

After 2¼ miles turn left onto Nidderdale Greenway and back to the start.

The Inn at Cheltenham Parade. The hotel has the calming, friendly feel of a country inn yet comes with all the benefits of a town. 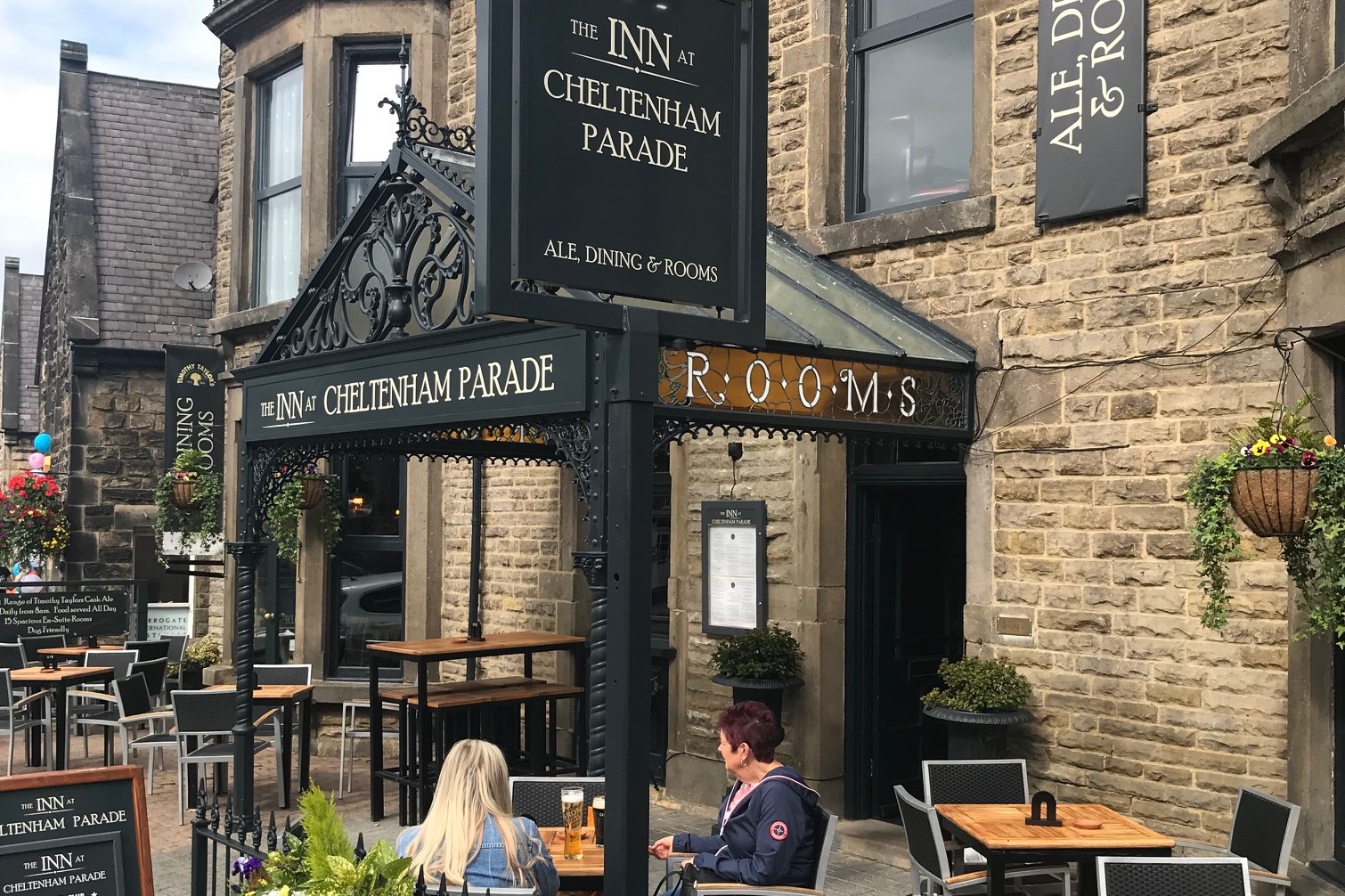 Knox: Positioned by an old ford, Spruisty Bridge looks like it comes from a 1960s postcard or calendar and is a perfect snack spot. It was built in the 17th century for packhorse traffic travelling between Knaresborough and Ripley.

Follifoot: Named after the Norse word for ‘place of the horse fight’, Follifoot is an attractive village with Rudding Gate (the former grand main entrance to Rudding Park), village stores with Dickensian bay windows, stocks and a restored animal pound.

Plumpton Rocks: Set around a serene lily-laden lake, Plumpton Rocks are all that remains of Georgian pleasure grounds. Danielle Lascelles bought Plumpton hamlet in 1760 and demolished the original mansion but never completed one that was intended to replace it. The rocks are tremendous fun to explore and provided locations for the 2016 remake of the Swallows and Amazons film. Note: The site was closed for dam repairs in 2021 but was due to reopen.

Abbey Road, Knaresborough: This must be one of the most desirable places to live in North Yorkshire. In between the magnificent houses look out for St Robert's Cave tucked away beside the river, the House in the Rock, Chapel of Our Lady in the Cliff and carved figures in the trees. There are lots cafés along Waterside and you can hire a rowing boat here too. 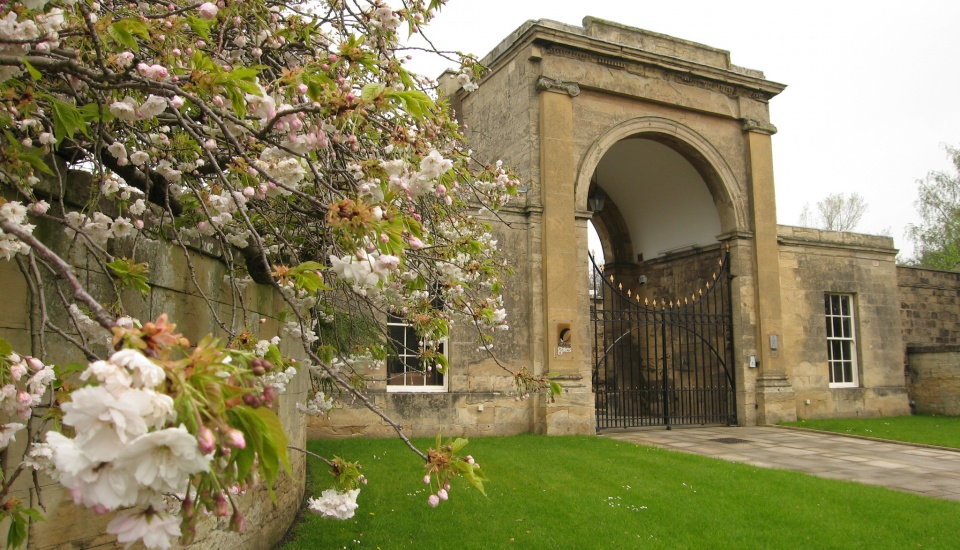 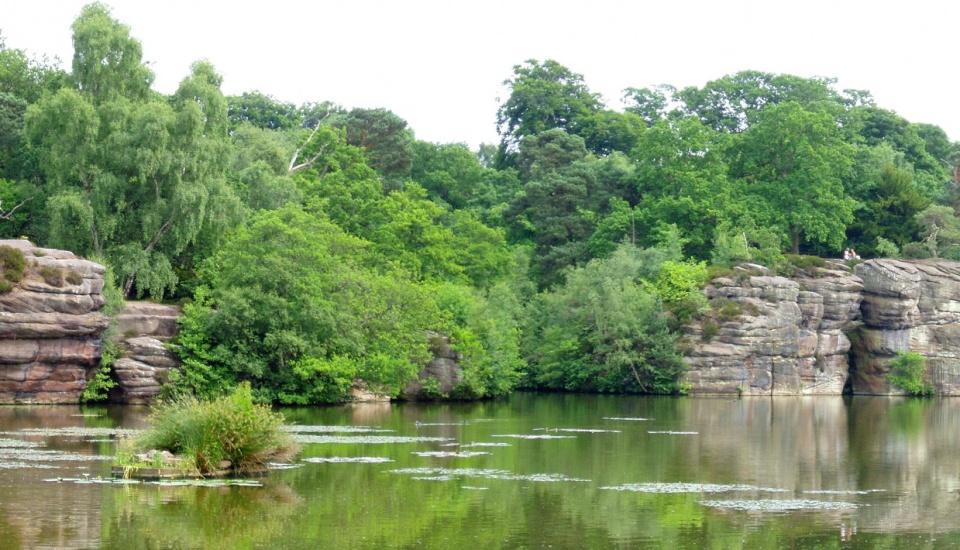 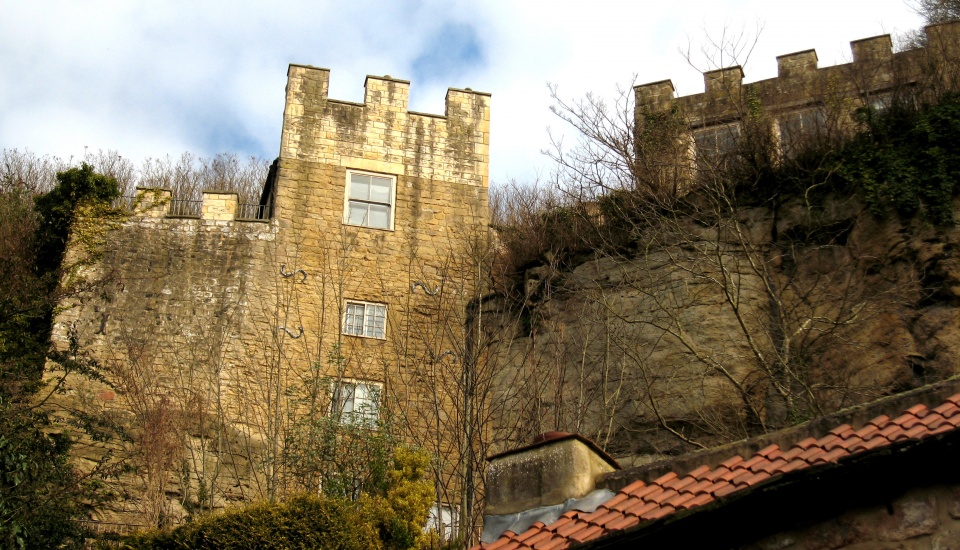