The question always gets asked "so what makes your beers so special?" Tim Dewey, our Chief Executive, puts it down to seven key things that we always do, that make our beers unique. It is not that these processes are exclusive to us, but to do all seven is.

None of these individually is a knock-out punch, but if we get a 2-3% difference from each, across seven that makes a BIG difference to the taste of our beer. All for that taste of Taylor's.

Brewing begins with the water (brewing liquor) being pumped from the Knowle Spring which sits beneath the brewery. A natural artesian well, it provides a constant supply of pure Pennine spring water, unique to Taylor’s. Knowle Spring water is naturally soft and very pure; it is said to taste like melted snow. Its consistency is one of the reasons we can produce beers of such reliable quality and flavour. Many craft brewers use water from the mains. There is nothing wrong with this, but it certainly isn’t unique.

We predominantly use Golden Promise in our beers, a high-quality barley more associated with malt whisky (McCallan used to use it until supplies became difficult) than beer. Not only that, we have a tight specification within it, so that not just any Golden Promise will do. Our previous Chairman is a farmer in Yorkshire and we have taken great pleasure in rejecting his Golden Promise as it did not meet our quality standards (for example, our Golden Promise has to be particularly low nitrogen which limits the amount of fertiliser than can be used. I met a farmer in Scotland once who was contracted to grow Golden Promise for us and had to leave his field fallow for a year, with no income, so that the nitrogen levels would drop before growing GP). 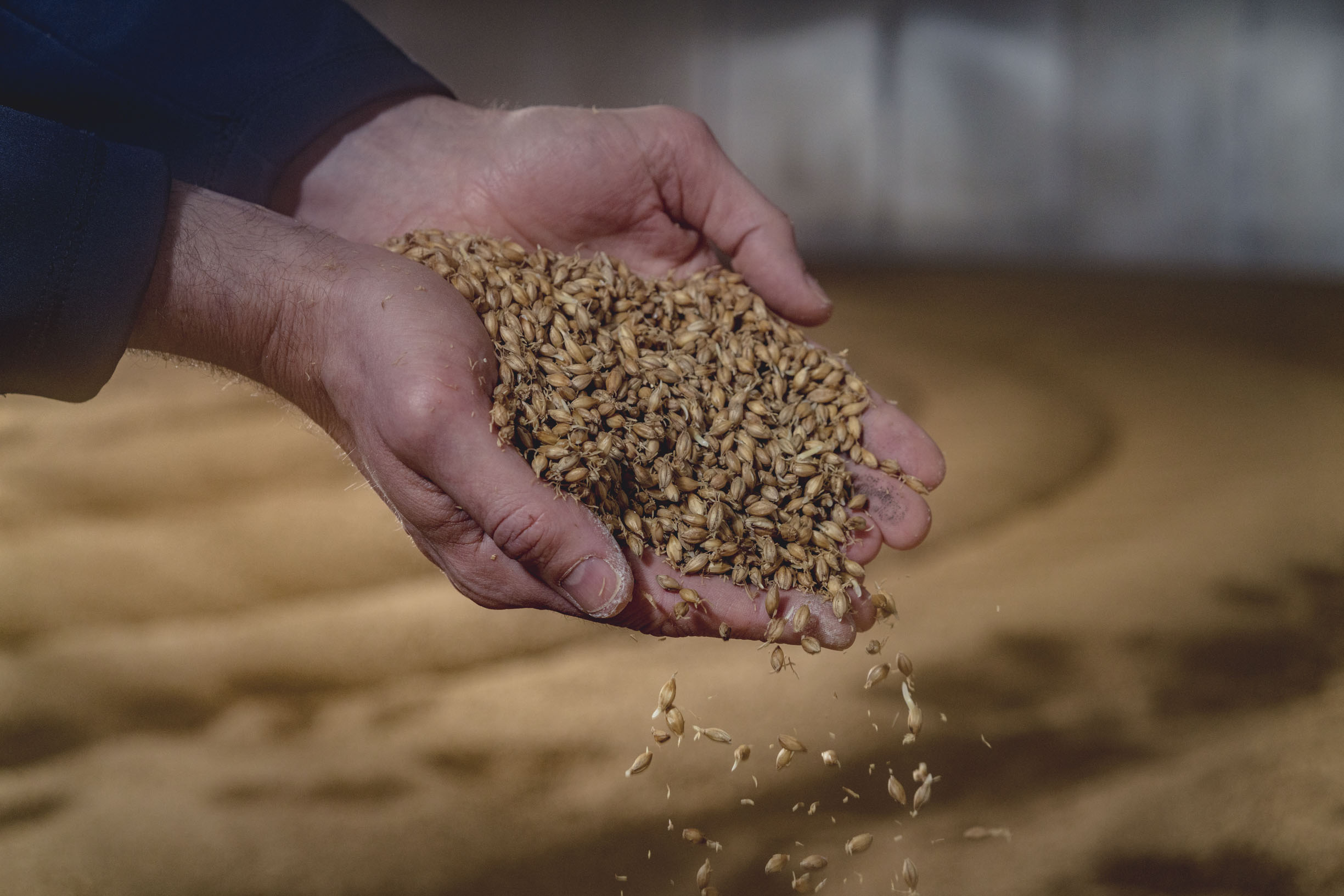 3) We use only whole-leaf hops (no pellets)

While I say that not one of our seven factors is a knock-out punch, I think nothing demonstrates our commitment to quality and refusal to compromise more than the fact that we are one of the last brewers in Britain to exclusively use whole-leaf hops, despite the fact that they are an expensive, difficult to handle ingredient (including each day using an elaborate system to haul large bales of the hops three flights up to the top of our brewery). But they are vital to us achieving the depth of flavour of our beer – just like using fresh herbs in cooking. 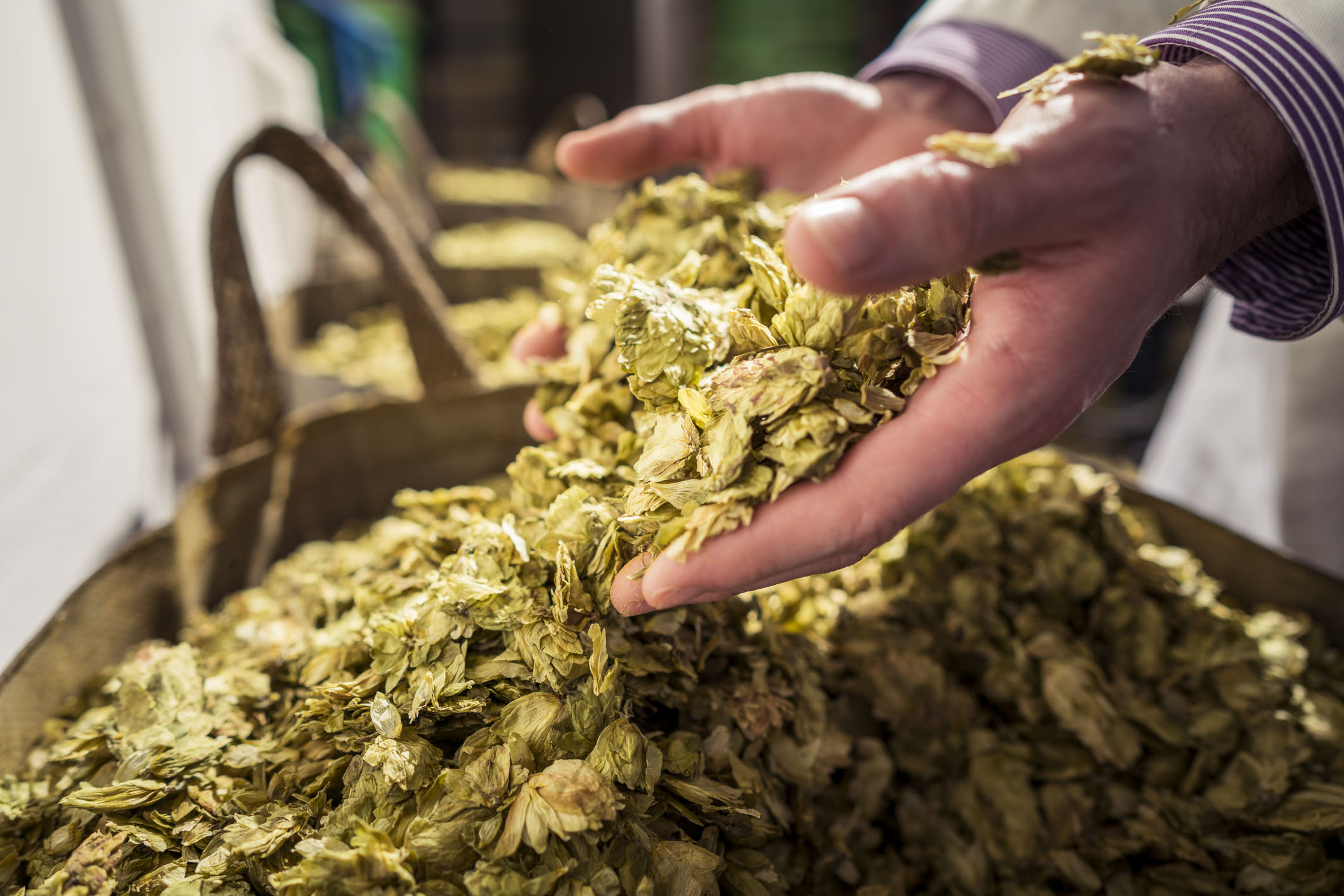 Hop flavour is primarily conveyed to the wort in the copper. The hops we use and when they are added to the copper is proprietary. But we do something else, which many breweries used to do but have cut out as a time and cost saving measure. We use a hop back. When hops are boiling in the copper, it is a high temperature/vigorous action that can destroy some of the finer notes and flavours of the hops. As mentioned earlier, we try to mitigate this by phasing the addition of hops to the copper. But the other thing we do is drop the wort from the copper to a hop back. This hop back contains more whole-leaf hops and rather than boiling in them, the wort is allowed a gentle steep (like tea water/tea leaves) in this way picking up more delicate flavours that would have been lost in the copper. Something we again feel is essential for our depth of flavour and aroma. 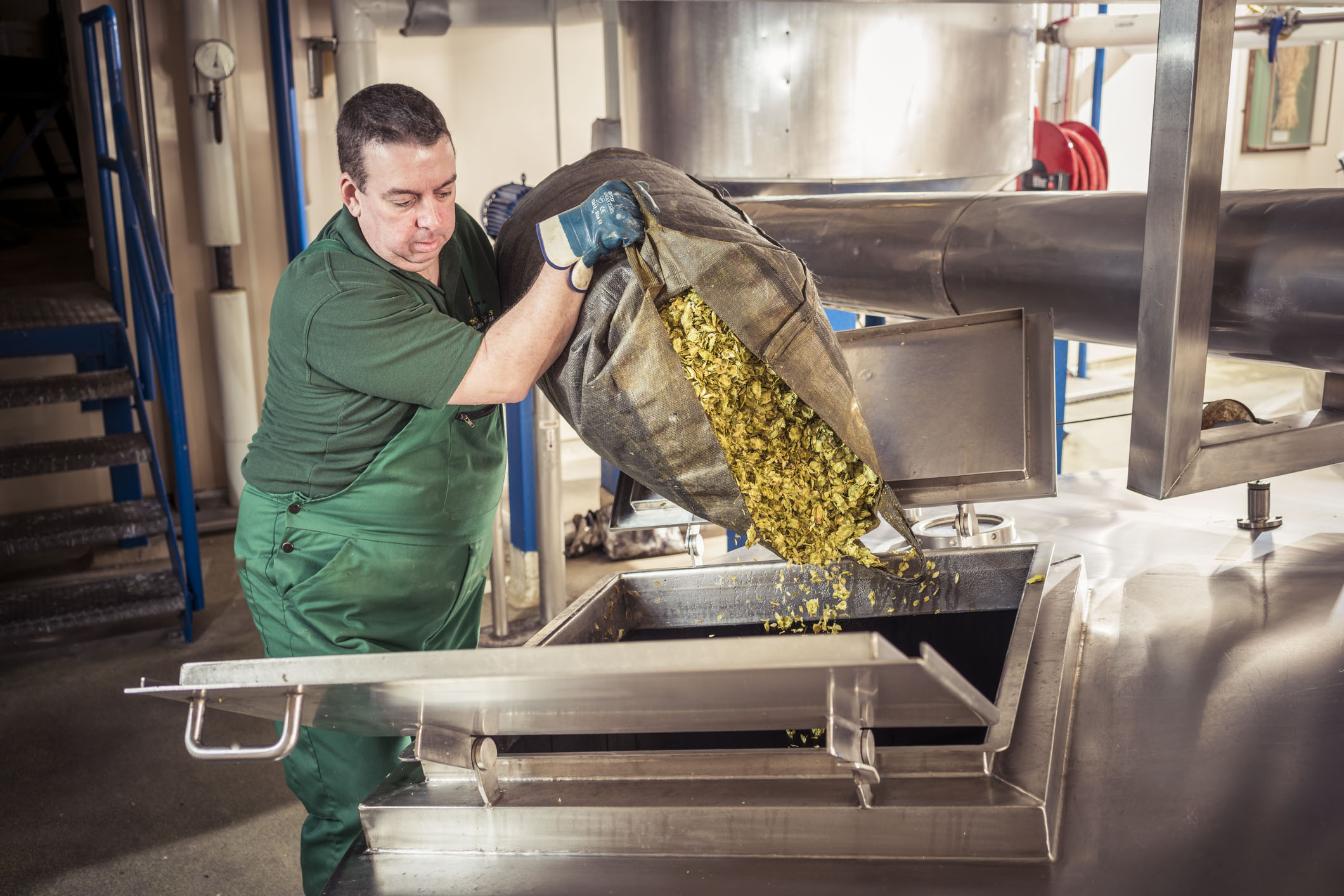 At the heart of Timothy Taylor’s beer is our own unique yeast strain called, appropriately, “Taylor’s Taste.” It is over 2,000 generations old (we re-pitch it each week so that, through evolution, it becomes better at doing its job under our relatively low temperature/low nitrogen fermenting conditions). The yeast has specific qualities that allow the flavours and aromas of our hops to come through, resulting in a well-balanced beer with a ‘polished clarity’ that is clean and crisp with a quenching finish. Our yeast is added to the collected wort in our open top fermenting vessels (a process called ‘pitching’) and fermentation then commences. During this process sugars from the malt will be converted into alcohol by the yeast. Gravity and temperature are checked throughout the process by our brewing team to monitor and control the speed of fermentation. During fermentation the top yeast is hand-skimmed and then removed in order to be stored and reused for the following week’s brew. In terms of timing, fermentation usually takes 6-7 days with a further 3-4 days of conditioning; so about 10 days in all. 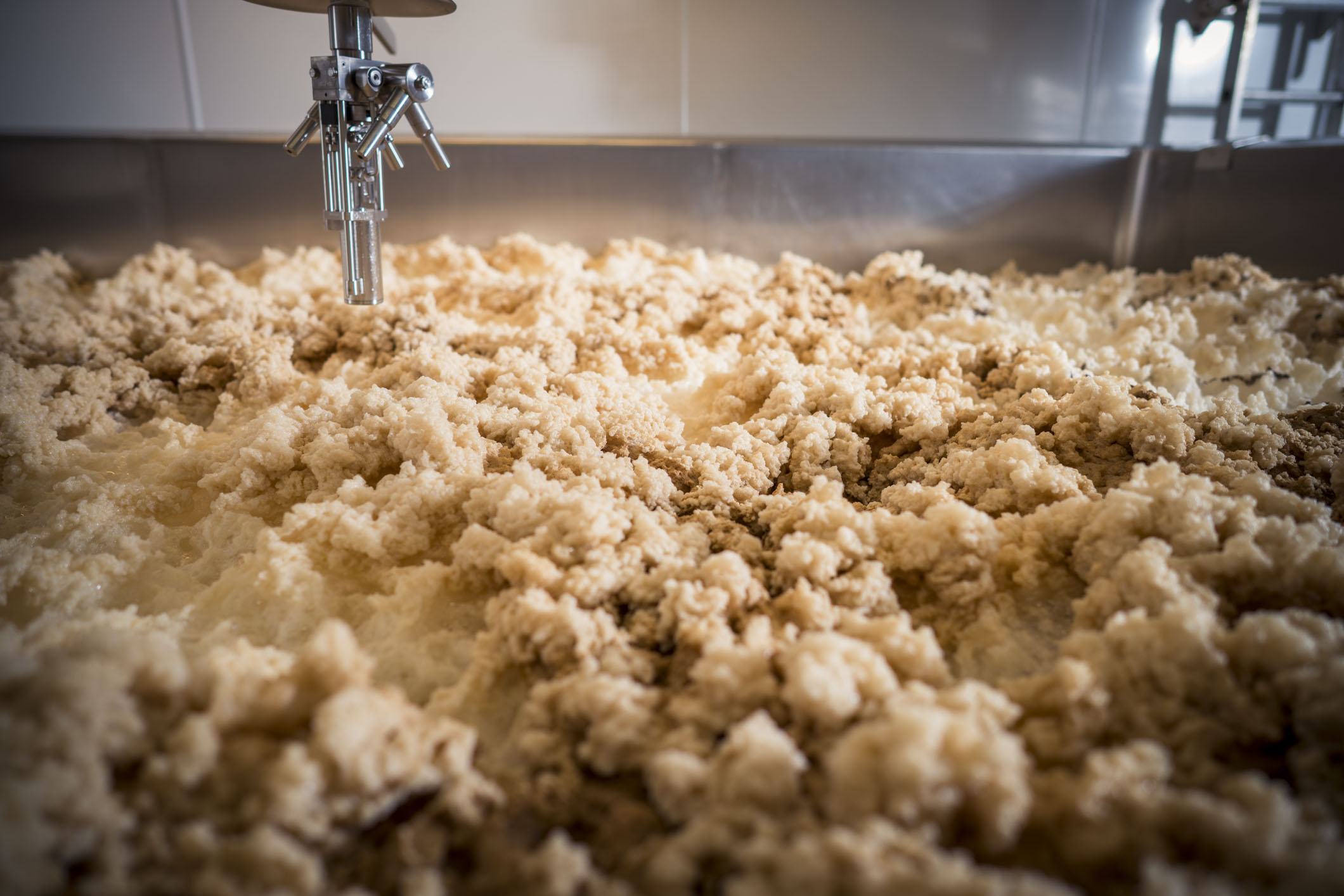 You have seen through our use of whole-leaf hops our refusal to let convenience get in the way of excellence. This is also true in the fact that, unlike many breweries, we do not filter or centrifuge yeast out as it is delivered to cask but let it all flow into the cask and even give it a bit of sugar to kick it on. Due to this, we always request that our beers are given a minimum 48 hours, ideally a week, conditioning time in the cellar. As the secondary fermentation is not some box to tick but an essential part of the process that develops a whole further layer of character for the beer. In addition is the extra time we give our beer once vented for the oxygen to react with the beer, this extra conditioning results in a cleaner and crisper beer (so committed are we to this, we keep stocks we deliver direct to pubs separate and hold it for a week before delivery, so that we know the secondary fermentation has had time to do its thing). 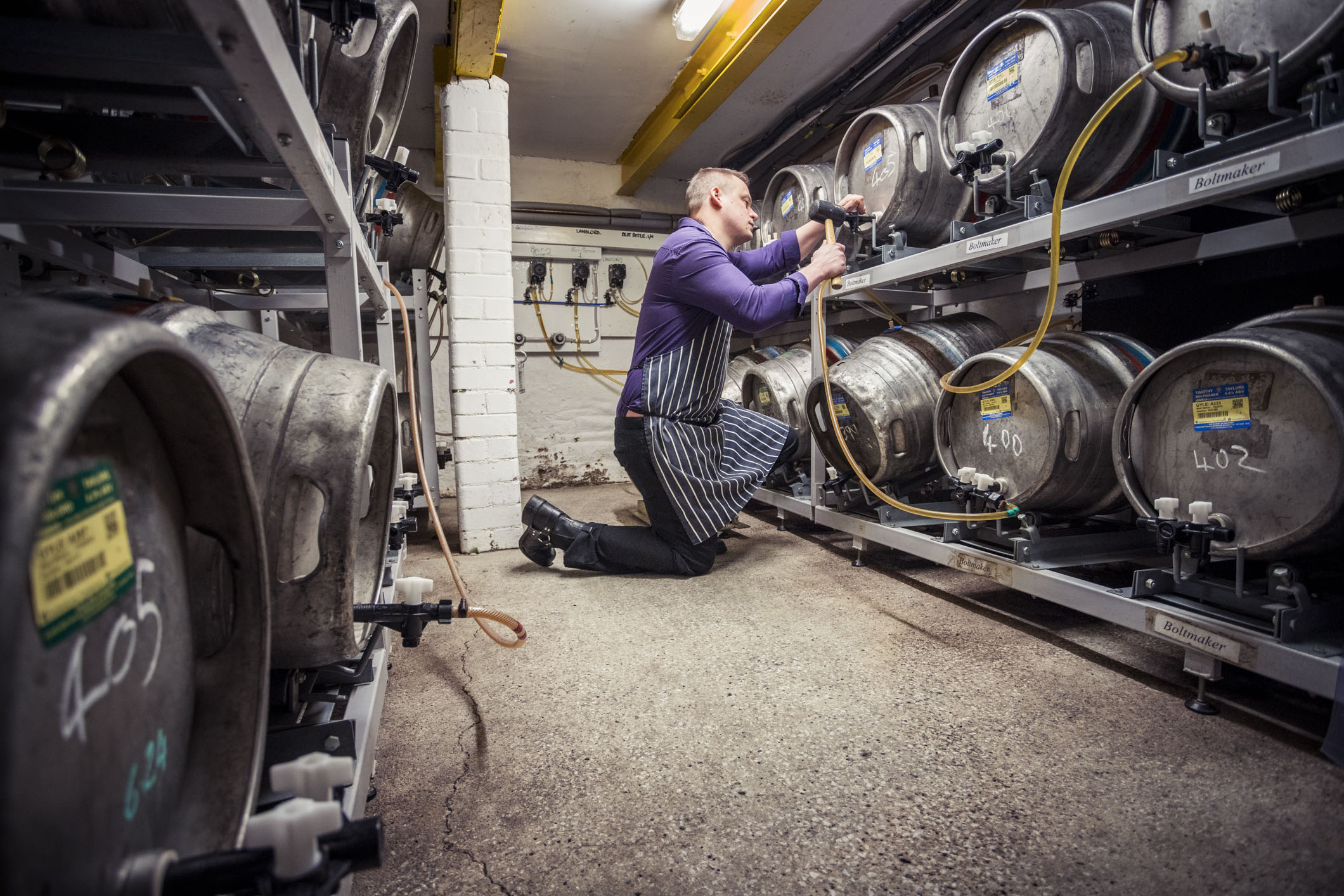 One must visit our brewery to see our commitment to quality, but it is evident in everything we do. From our British Retail Consortium (BRC) A-grade accreditation to the ‘lightsaber’ which we use to individually inspect each cask before it is filled to the temperature-controlled lorries we use to ensure our beer is delivered further afield in perfect condition. 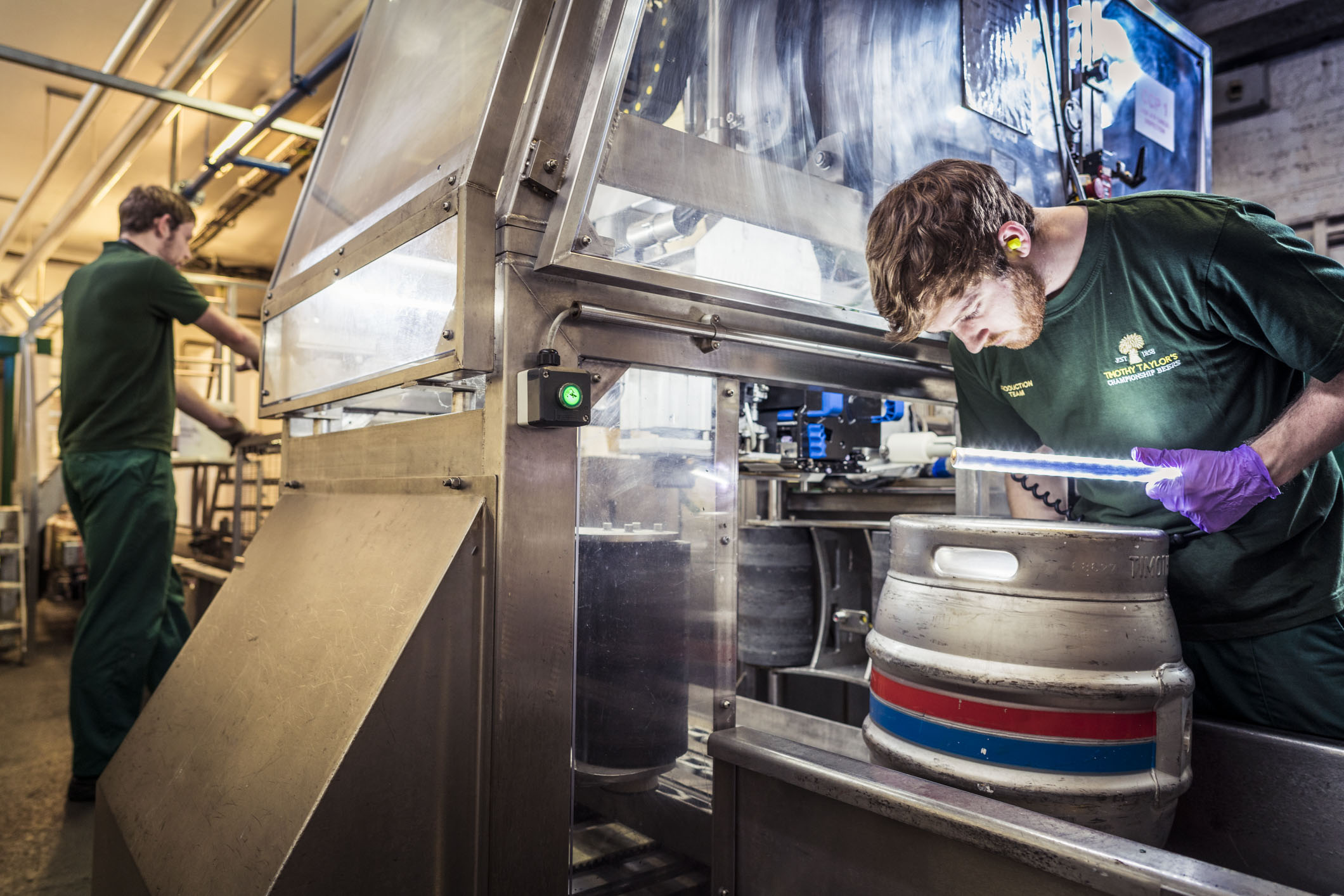 learn more about the ingredients we use