A walk from The Devonshire, Grassington | 6¾ miles

The outgoing leg of this varied walk takes you from The Devonshire in Grassington market square up to Yarnbury to explore the old lead mine workings. You then follow pretty Hebden Beck to link up with the River Wharfe which provides a gentle return to Grassington.

As well as the industrial archaeology there are lots of water features including three sets of stepping stones, two waterfalls and an elaborate Victorian suspension footbridge.

Turn left out of The Devonshire . At the top of the road and in front of the Devonshire Institute turn left down Chapel Lane and first right down Intake Lane.

At the end at a fingerpost bear right onto a footpath signposted to Moor Lane. At a large barn bear right away from the farm track keeping the wall on your right.

Cross a stile, go through a metal gate, over a ladder stile and stile beside a wooden gate and finally a stile over a wall to reach Moor Lane.

Turn left and head towards a clump of trees ignoring two signed bridleways to Hebden. Opposite Yarnbury Lodge turn right onto the old mine track signed ‘Hebden 2½ miles’.

Pass through a gap in the wall and keep ahead and after 50 yards fork left/ahead. Pass through a wooden gate and follow the track as it winds down to Hebden Beck and bears right.

Pass through another wooden gate and heed the instructions on it to cross over the beck via stepping stones 100 yards downstream.

Keep ahead beside the beck and eventually cross an old stone bridge to reach Hole Bottom where the track becomes a road. Continue ahead.

In Hebden cross over the main road and continue ahead into the village centre. Immediately after the Old School Tea Room pass through a metal kissing gate on the left to follow the footpath signed ‘Hebden suspension bridge ½’.

Bear right at the beck and continue alongside it. Pass through a wooden kissing gate then immediately over a footbridge. Soon afterwards follow the central path from a choice of three, again signposted to the suspension bridge.

Pass through a gate, a small wood and between the backs of houses to emerge at a road. Turn right, over a stone bridge and after 100 yards left onto a footpath to the suspension bridge over the Wharfe.

At the bridge turn right onto the Dales Way also signed ‘Grassington 2½’. After 1½ miles go straight over a crossroads of paths and after 30 yards through a gate which leads to a narrow tarmac road.

As the road bears sharp right turn left onto a footpath passing through a wall stile and remaining on the Dales Way. Head towards the sound of the waterfall through a gap in two successive walls to reach Linton Bridge.

Turn right onto a narrow walled and flagged lane which leads up and back up to the road beside the car park. Turn left then right to return to The Devonshire.

There is a detailed information board about the lead mines at the start of the track through them at Yarnbury.

A trail leads you to different numbered features each with a further sign explaining what they are. To lengthen the walk you can divert northwards off the route described here to the giant chimney and grinding mill.

Unfortunately, the trail doesn’t have a leaflet but a photo of the information board including a map is available.

Get on yer bike!

The majority of the route lends itself well to a family mountain bike ride with a couple of adaptations.

You can’t cycle along the footpath from Grassington to Moor Lane so just take the lane directly north from the Devonshire Institute in Grassington.

The old mine tracks are mostly very cycle-able apart from a short stretch where the track reaches the beck. Here the surface is uneven and has some large loose stones so you may need to push.

On reaching the road at Hebden turn right to return to Grassington on the B6265 as an alternative to the footpath beside the Wharfe.

Try the Old School Tea Room in Hebden, about two-thirds of the way round. Open daily 10am-5pm.

Or wait until your return to Grassington and enjoy a pint of Timothy Taylor’s finest ale with delicious food at The Devonshire.

Grassington Moor Leadmining Trail: Grassington Moor was a major lead working centre from the 17th to the 19th centuries. The mines were once owned by the Duke of Devonshire. Between 1821 and 1861 more than 20,000 tons of lead were produced, employing 170 people. Mining ended in 1880 when cheap imported lead and the depletion of reserves meant that the operation became uneconomic. Ruins of many structures remain.

Scale Haw Force: Picturesque waterfall hidden in the trees and an ideal resting spot. To find it look for the signed footpath to the left off the road just after leaving Hole Bottom.

Hebden suspension bridge: The bridge, next to stepping stones, was built in 1884 to connect Hebden with Thorpe after a man drowned trying to cross the Wharfe. Nearby Burnsall Bridge also on the river had been swept away in a storm the previous year. The new bridge was built by the Hebden blacksmith using 262 yards of redundant steel rope from the old lead mines. It was restored in 2014/15.

Linton stepping stones: You don’t need to cross them but the stones are nevertheless worth a very small diversion and provide another scenic place to rest. At the crossroads of paths as you approach Linton Bridge (see directions #5) continue ahead for just a few yards to view. 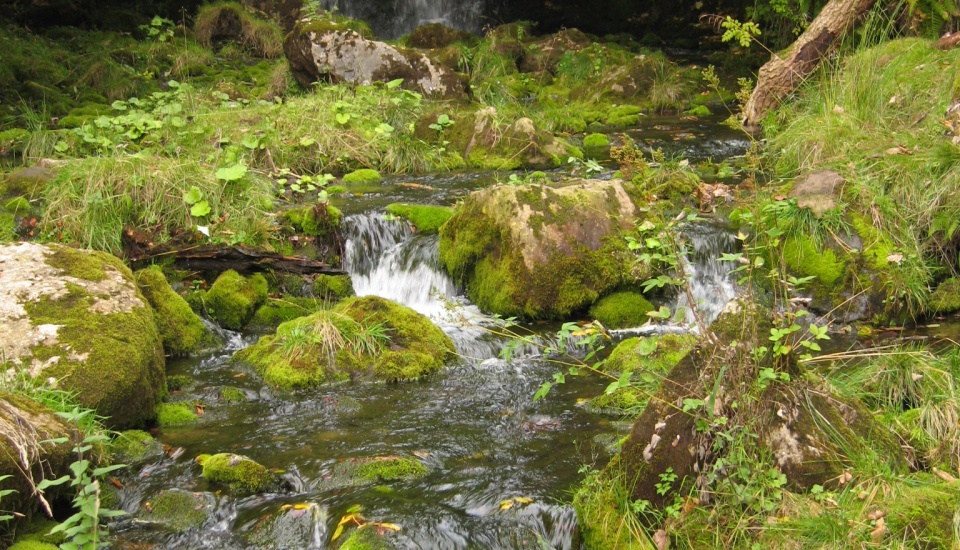 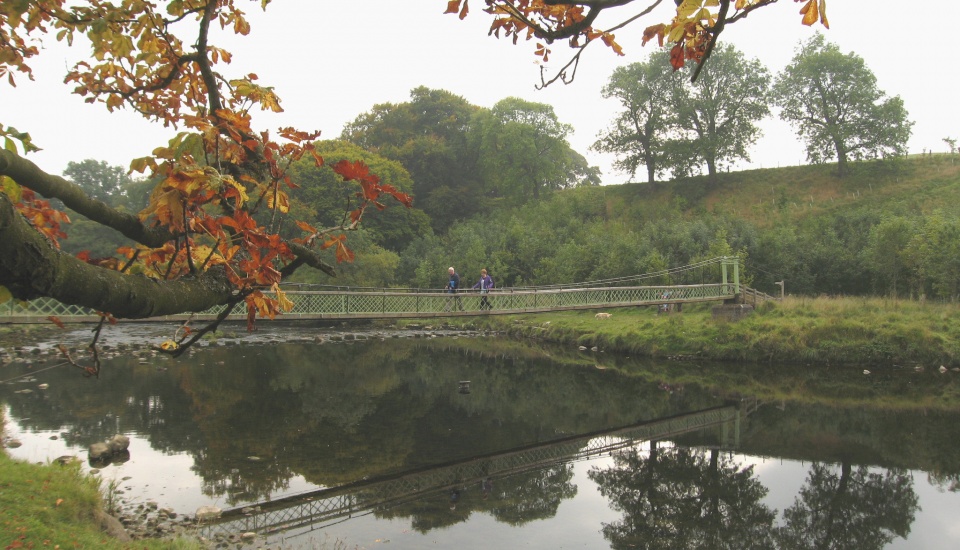 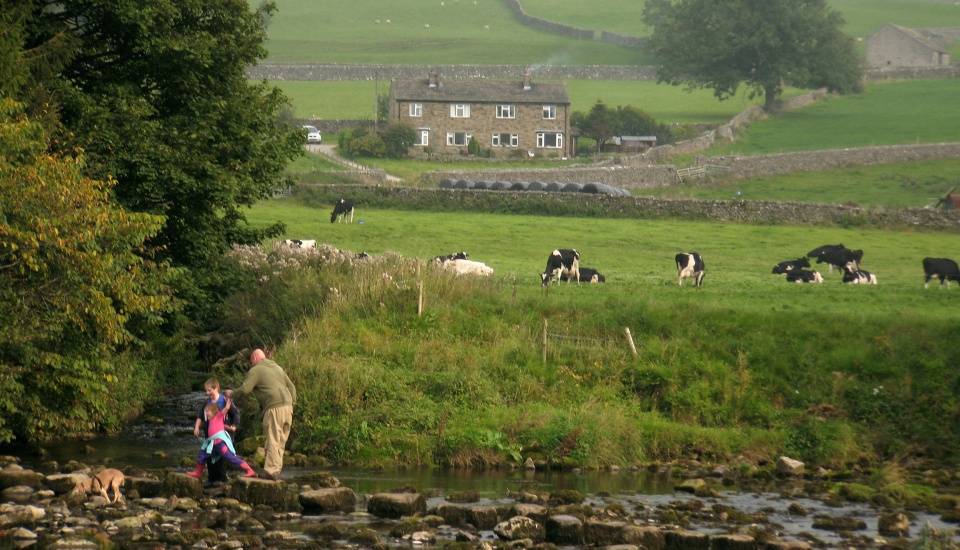